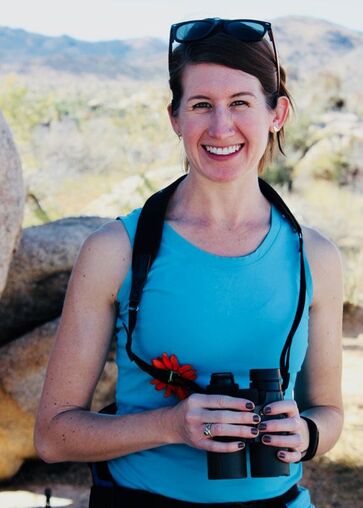 Dr. Jennie Miller is an internationally-recognized wildlife ecologist and conservation scientist who studies human-wildlife coexistence and the costs and effectiveness of approaches for protecting biodiversity globally. She draws from an interdisciplinary toolkit to understand interactions between people and wildlife, and develop decision-support tools that transform conflict into coexistence. Her work on spatial predation risk modeling and mapping has advanced the methodology and application of predicting carnivore-livestock interactions across space. She has conducted fieldwork in Asia, Africa, and Central and North America on a range of taxa, and specializes in large carnivore ecology and conservation. Jennie also contributes to efforts to expand the inclusion and success of women and minority conservationists.

​Jennie has worked since 2017 as a senior scientist at Defenders of Wildlife, where she provides scientific guidance for law, policy and field conservation programs dedicated to protecting North America's threatened and endangered species. She also conducts research on human-wildlife conflict and coexistence and is contributing to science and advocacy that aims to advance the policies protecting wildlife from impacts of the US-Mexico border wall, climate change and illegal international trafficking. Prior to joining Defenders, Jennie worked as a postdoctoral researcher with Panthera, UC-Berkeley, Cornell University and the University of Cape Town studying the ecology and conservation of African lions and leopards. Her PhD research, done in affiliation with the Wildlife Institute of India and in collaboration with WWF-India, explored the realities and people's perceptions of tiger and leopard depredation on livestock and developed predictive models to support management decision-making.

Jennie has published 20+ peer-reviewed papers in scientific journals such as Proceedings of the National Academy of Sciences of the USA, PLOS Biology, Conservation Biology and Ecology and op-eds in Scientific American and Economic & Political Weekly. Her work has received press coverage by international media outlets including the BBC World News, New York Times and Washington Post. Jennie is a Fulbright Scholar, a Critical Language Scholar and a National Science Foundation Graduate Scholar, and has received awards for the novelty and practical applications of her science. She earned a PhD in Ecology from the Yale School of Forestry & Environmental Studies in 2015 and a BA in Organismal Biology from Claremont McKenna College in 2007. Jennie also serves as a handling editor at the journal Conservation Science and Practice.

As a vegetarian and childfree individual, Jennie strives to live her life with presence and intention, and align her actions with her environmental values. Outside the office, she enjoys bird watching, painting wildlife, baking pies and kayaking the "wild" waters of Washington, DC with her ornithologist husband Dr. Sahas Barve and fellow-birder cat Idli.